Hot chocolate in the form of cupcakes! This recipe consists of an indulgent vegan chocolate cupcake, topped with aquafaba marshmallow frosting and topped with mini-marshmallows.

I’m actually not a huge fan of hot chocolate.

I mean, I completely see the appeal and I know it tastes delicious.

But the idea of drinking a whole mug of it makes me a little nauseous.

So these hot chocolate vegan cupcakes are just the thing.

All the flavour of a comforting hot chocolate in the form of a cupcake! 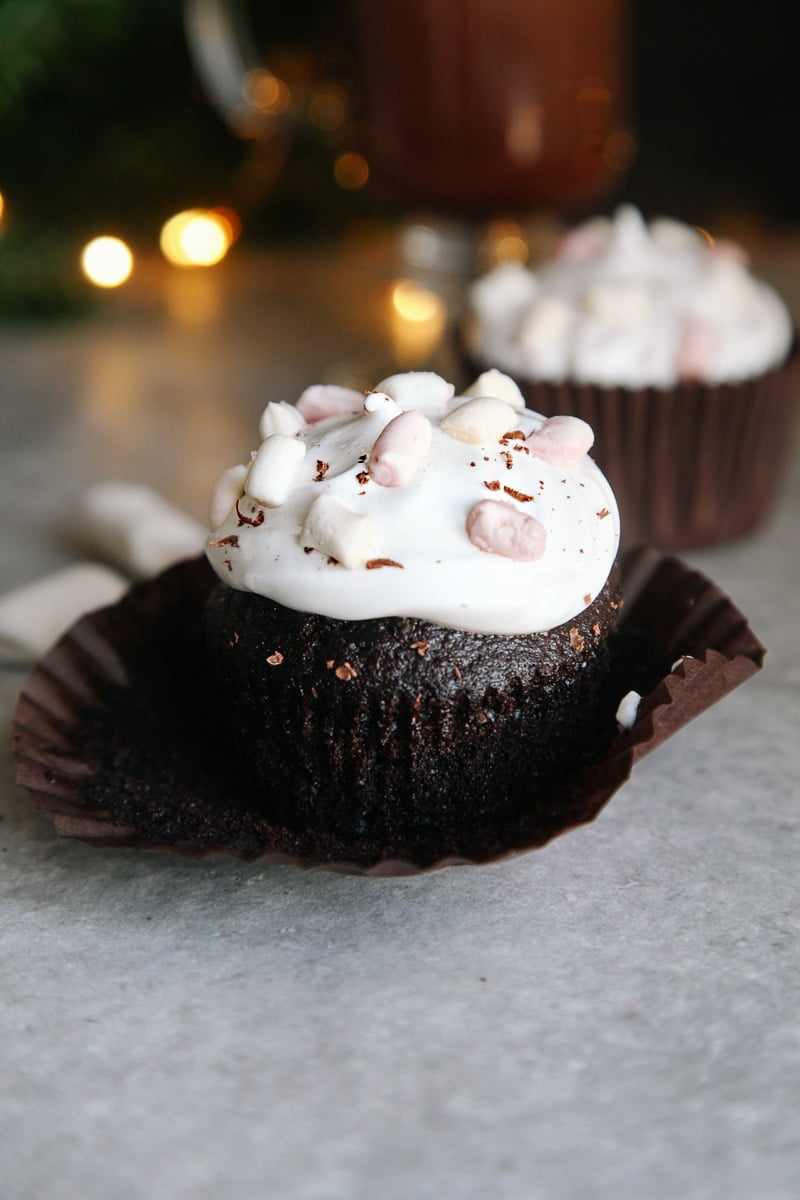 The topping is made with aquafaba (aka chickpea water) and if you don’t know what that is yet, it’s water from a can of chickpeas, or other legume, which you can use as an egg white substitute.

It works incredibly well! See some of my other aquafaba recipes here.

I usually just use the aquafaba straight from the tin but this time I experimented to see if it made much difference to boil it down first.

I’ve seen a lot of people do this.

Essentially it’s just boiling down the mixture to cook off some of the water and create a more concentrated liquid.

I think it definitely created a thicker, glossier mixture and it didn’t take that much extra effort so I think I will probably do this from now on.

But it absolutely isn’t necessary if you don’t have the time.

For the hot chocolate cupcakes

For the vegan marshmallow frosting

To make the chocolate cupcakes

To make the marshmallow frosting

The chocolate cupcakes will keep for 2-3 days in an air tight container but the frosting will likely deflate after a day. You can make it in advance but will need to re-whip it before topping the cakes and serve within a few hours.

Did you make this recipe?